Its construction was begun by Vespasian in 72 AD but was only inaugurated in AD 80 by Emperor Titus and underwent structural changes during the reign of Domitian. The name “Colosseum”, which derives from the nearby statue of the Colossus of the Sun God (adaptation of the Colossus of Nero), spread only in the Middle Ages. Because of its “centrality” in the history of imperial Rome, the Colosseum is unanimously considered the symbol of Rome and his immortality. 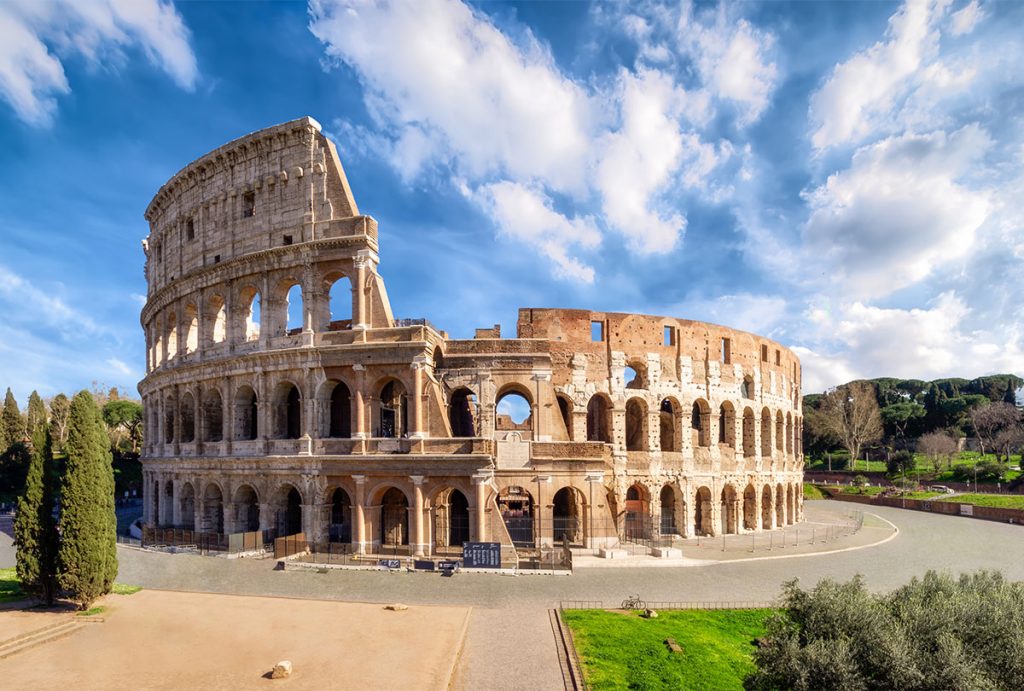